So after finding myself in a Love Hotel overnight I awoke to a knocking at the door.  It was one of the cleaners and he looked rather confused, our attempts at communication were in vain but eventually the manager came down.  Again communication was futile but I got my wallet out and it ended up costing  me about $70 which was a little above budget.  I had learned a lesson however and I figured I could now spot and avoid Love Hotels.

I had the unenviable task of putting on my wet gear and headed outside for my first full day on the road!  My plan was to head north, I had it in my mind that I may be able to make it to the northern island of Hokkaido but I wasn’t sure of the weather.  My routes were planned by looking at my GPS maps and looking for squiggly lines that looked like fun.

I arrived at the gorgeous mountain town of Nikko around lunch time and according to the signs it had some world heritage listed temples.  One of the first things I noticed about Japan was the street signs were very informative and the roads used route numbers making it quite easy to follow roads and find tourist attractions. 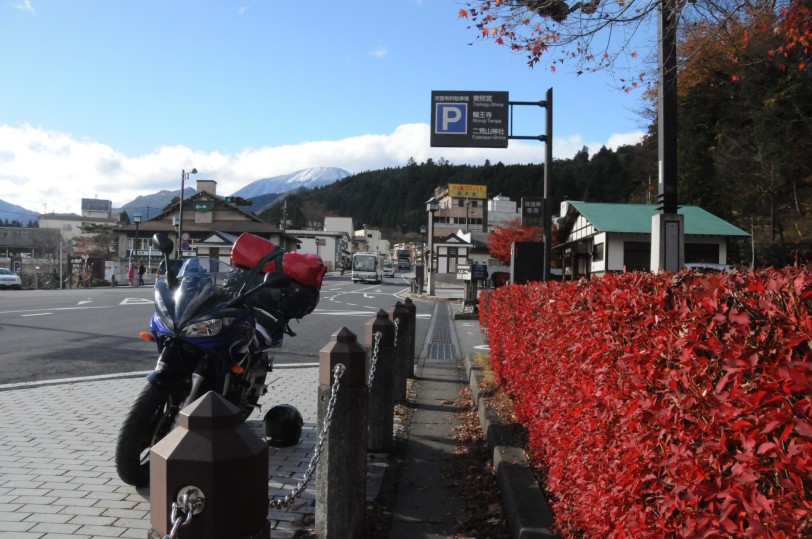 The town of Nikko

I hadn’t really thought through the logistics of visiting attractions though.  I had a helmet, jacket and all my gear on the bike, it wasn’t exactly conducive for going hiking or visiting temples.  Japan had a reputation of being one of the safest places in the world and having rather law abiding citizens, so I made a decision to put my trust in the country and to leave my gear just as you see here and go for a walk.  No one has fun being a worry wart.

Autumn was already in full swing and it’s interesting to see the juxtaposition of the left and right of the river in this picture.  I hadn’t planned this at all but it looks like I may have hit Japan at a very scenic point of time.

My bike was untouched upon my return much to my delight and the photos from my dads DSLR were turning out brilliantly.  Back on the bike the squiggly lines I had decided on were Route 121 and 118, I’ll have some more photos of roads etc. in later blogs.  I was silly and deleted my GPS logs from my laptop a year ago so I won’t have specific information on routes either.  If you have any questions just ask and I’ll try and work out where I was.

My plan for accommodation was to camp wherever I could, I figured a small patch of grass or dirt wouldn’t be too hard to find on the road.  Boy how wrong was I, it was raining again and quite cold as I was up in the mountains now, I must have ridden for 2 hours in the dark looking for a place to pitch a tent.  The roads were barely the width of 1 car with no shoulder to speak of and when there was a shoulder it was covered with large gravel.  The rain was getting heavier so I just lay my tent on the rocky ground.

At this point I was extremely glad of my pump up mattress and goose down -7c rated sleeping bag with a silk liner.  I didn’t even need my merino thermals.

The poor bike got frozen over. 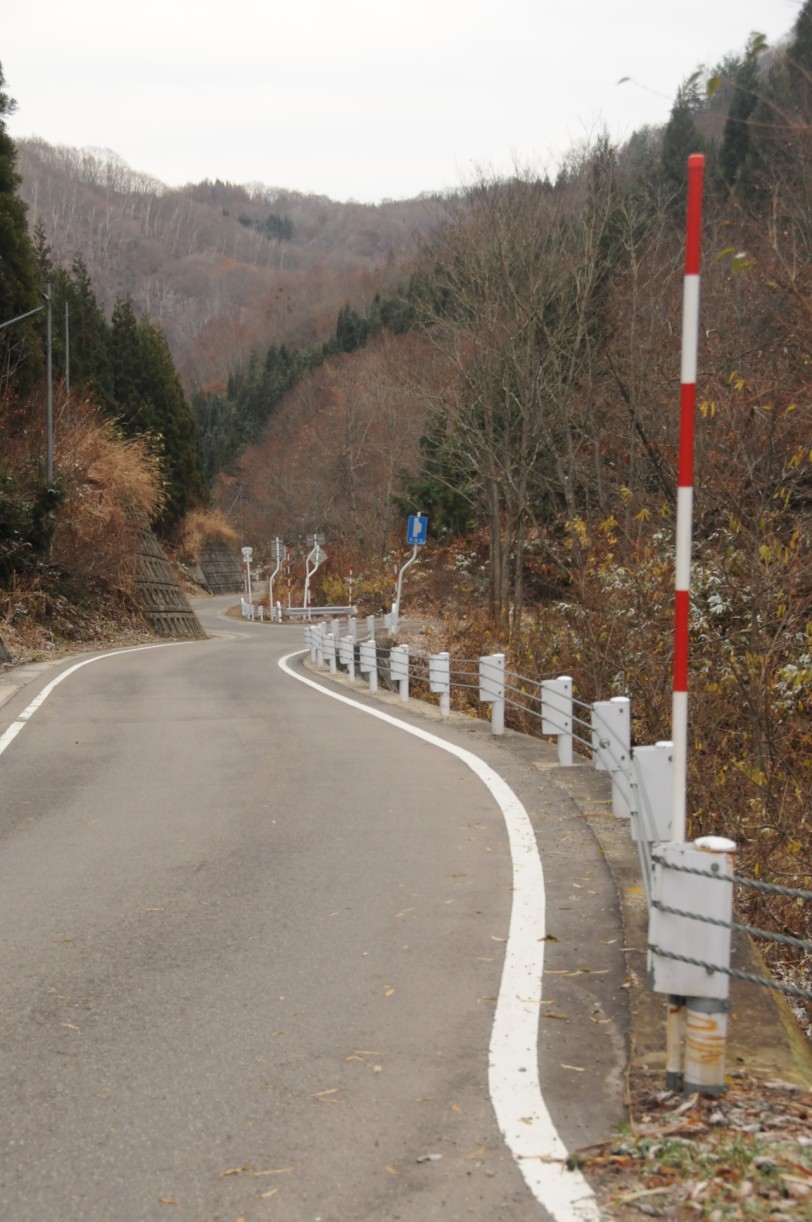 The road leading up to the camp site.

After scraping the ice off my tent and bike seat I was off for another great day of riding in the mountains, heading further north for Hokkaido.