Heading to the famous Deer Park in Nara – Japan by Bike Pt. 16

After many shenanigans in Osaka it was time to remove myself from the delights of the city.  I was heading south to Mt. Koya which my guidebook assured me had some interesting places to visit.  After being in the city for a few days it was also nice to follow the squiggly lines of my GPS, especially upon the mountain roads.

I arrived to find a typical Japanese tourist town, lots of buses and people wearing coloured hats to denote which tour they belonged to.  These tourist towns were always so manicured and neat as well, maybe that is why when I spotted the giant graveyard in a nearby pine forest I was so attracted. 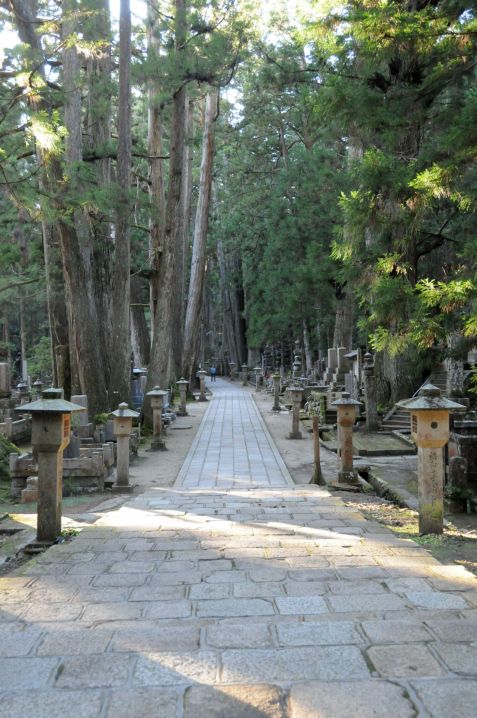 Pine forests are always the place to put something spooky.

While the paths were kept meticulously clean, they had allowed some overgrowth to happen.  The place was really quite peaceful and beautiful, a nice respite from the craziness of Osaka. 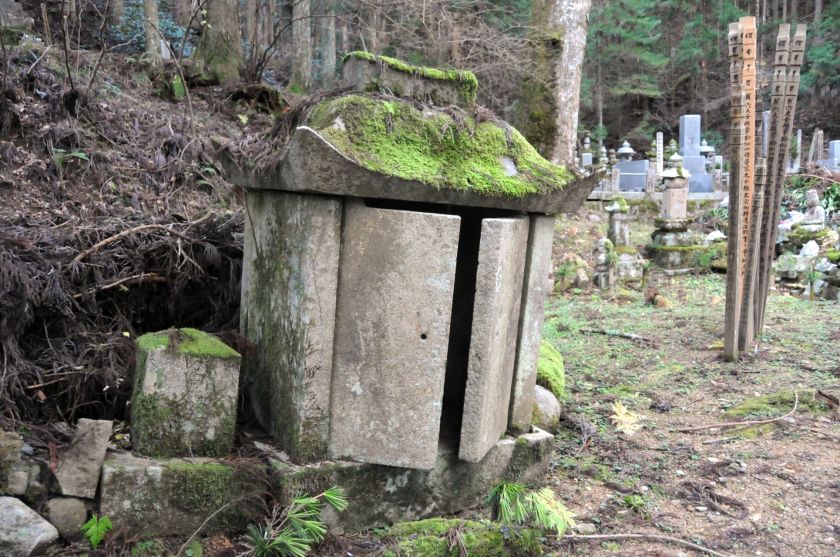 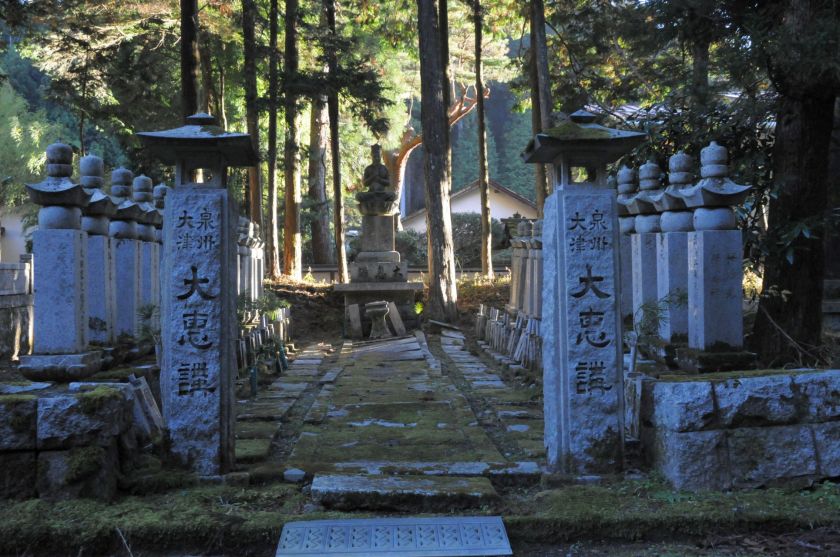 I really liked this one, I wonder if it was a family burial? 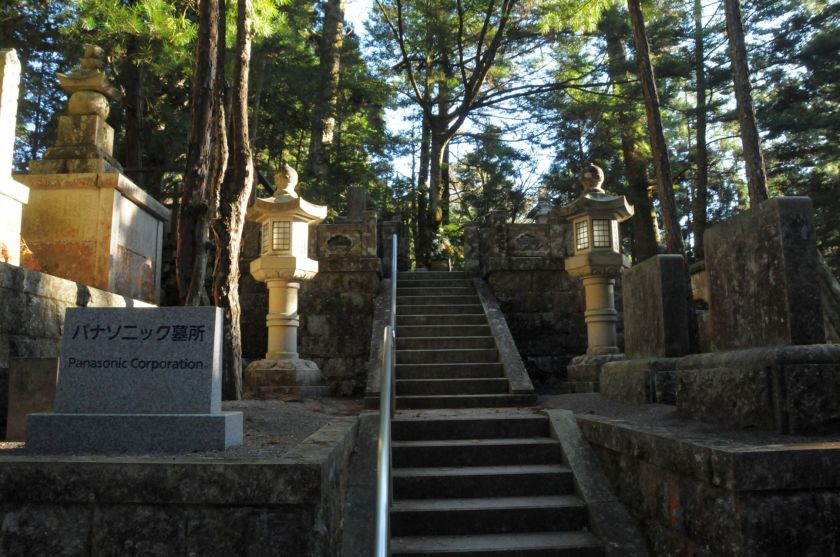 This grave brought to you by Panasonic..

After my little sojourn it was time to head to my target for the day, the city of Nara and it’s famous Deer Park.

First I had some more mountains to cross – 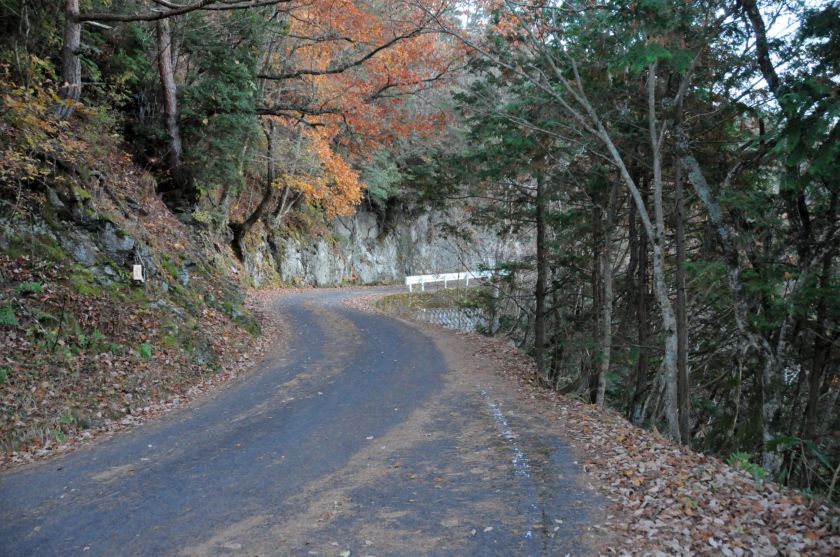 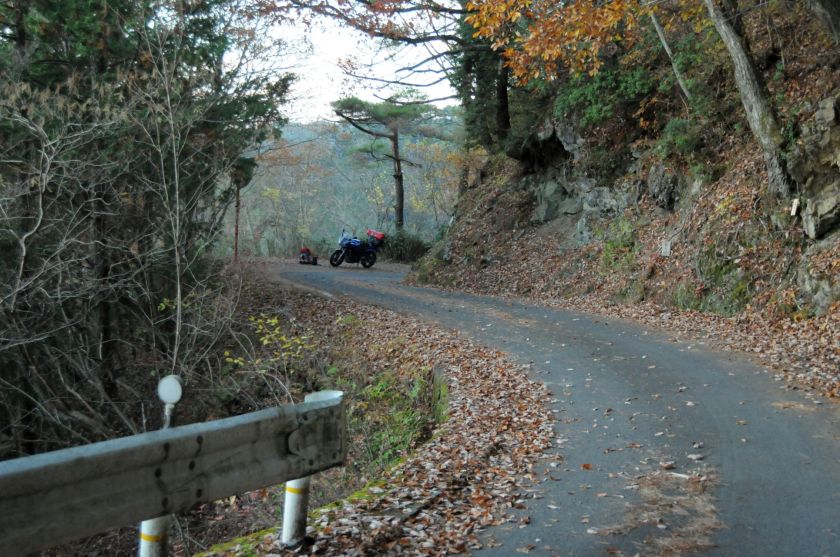 You can see by the photos not many cars travel this road and luckily I didn’t encounter any cars coming the other direction.  I did have a big moment after taking these photos, I was maybe a bit too relaxed and drifted to the outside of the road a little too much.  My eyes went wide as I saw the edge of the road closing and the extremely slippery damp leaves covering it.  If you’ve ridden a motorbike (or bike) you know that you go where you’re looking and in that moment I was looking at that mighty steep edge I was heading toward and the leaves that would make recovery a little difficult to say the least.

I snapped out of it at the right moment and just dipped my wheels into the leaves on the edge and breathed a mighty sigh of relief.  Touring this far for this long on a motorbike can make you complacent, so it was nice to have a little reminder of how mortal and vulnerable I was out there.  Did I mention that I didn’t even have a mobile phone?

Like always I arrived late to my destination, covering distance is very hard in Japan.  I rode into Nara in the dark wondering where the hell I was going to put my tent.  The little devil in my ear whispered that since I wanted to visit the Deer Park tomorrow anyway, I may as well stay the night and save myself some travel in the morning.

To say that I was a little apprehensive was an understatement but again, stoic philosophy, the worst that would happen is someone tells me to pack up and leave.  So I parked the bike and grabbed my gear and walked into the park to find a nice spot.  Well….I was not prepared for a herd of 30 deer to come charging up to me and just sit and stare.  Now I thought that the worst that could happen is that I get trampled in my sleep by a bunch of territorial deer!

With no other option I persevered. 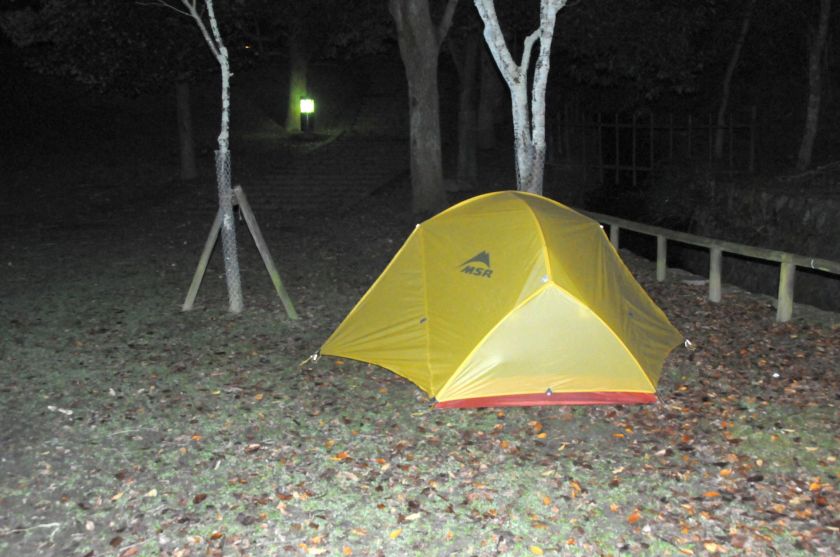 The bright yellow is a bit conspicuous I think. 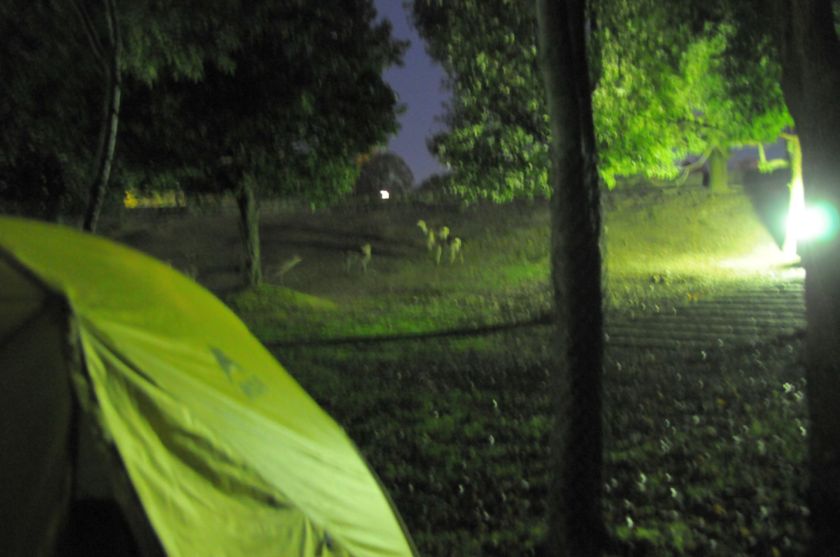 The deer gathered around, plotting my demise.

After putting up the tent I went for a little walk and found a rather photogenic mirror lake. 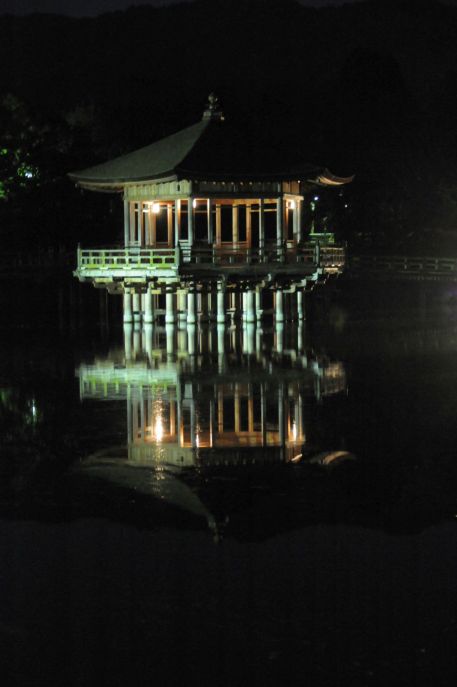 After a long day I retired to my sleeping bag, the deer still tormented me however.  They positioned themselves just right with the park lighting to project the silhouette of their head onto my tent.  Obviously to remind me of what was to come in the night..

I couldn’t tell if they were next to my tent or further away, all I could hear is their hooves on the ground as they planned their attack, I stuck my head out to see where they were.. 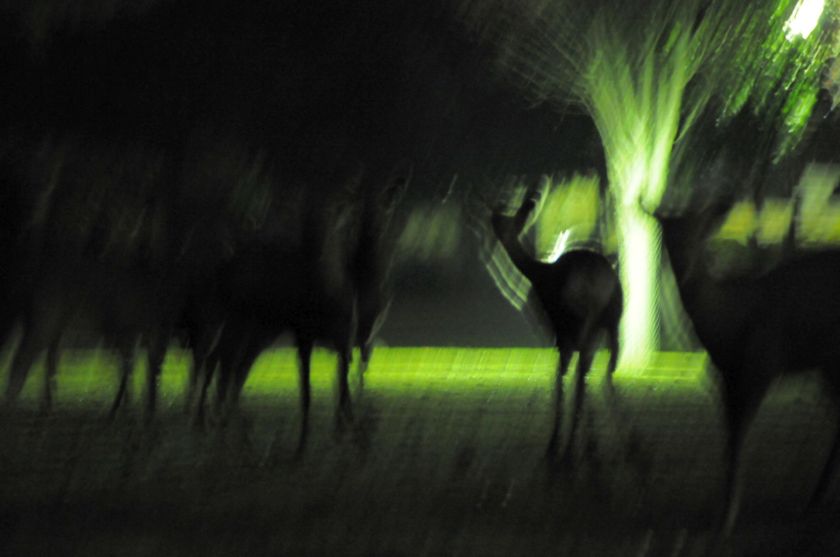 The only sound that can accompany this.

Nah, they were alright.  I think they just associate humans with food (as in we give it to them, not that they eat us!), so when they saw me they all came running and were just curious of this weird dude and his yellow cave thing.  I was genuinely concerned about being trampled in the night though, glad that didn’t happen.

3 thoughts on “Heading to the famous Deer Park in Nara – Japan by Bike Pt. 16”